Not for the Faint of Heart 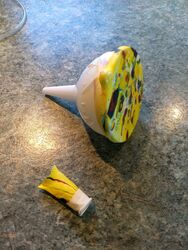 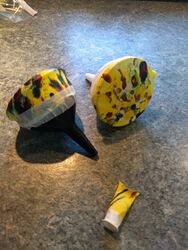 You made a stethoscope.

You should be able to hear someone’s heartbeat from the spout of the funnel.Patterns will emerge from measuring the heartbeats of multiple people and comparing your observations.

Originally, I tried using two funnels connected with tubing and not using balloons, but that didn’t work. And adding balloons to both funnels didn’t work either, even after I cut the tubing down very short. I finally succeeded when I kept my design simple: one balloon and one funnel!You probably won’t have trouble like I did, since the written experiment is my simplified, successful third version.

What other sounds might you hear better with your homemade stethoscope?